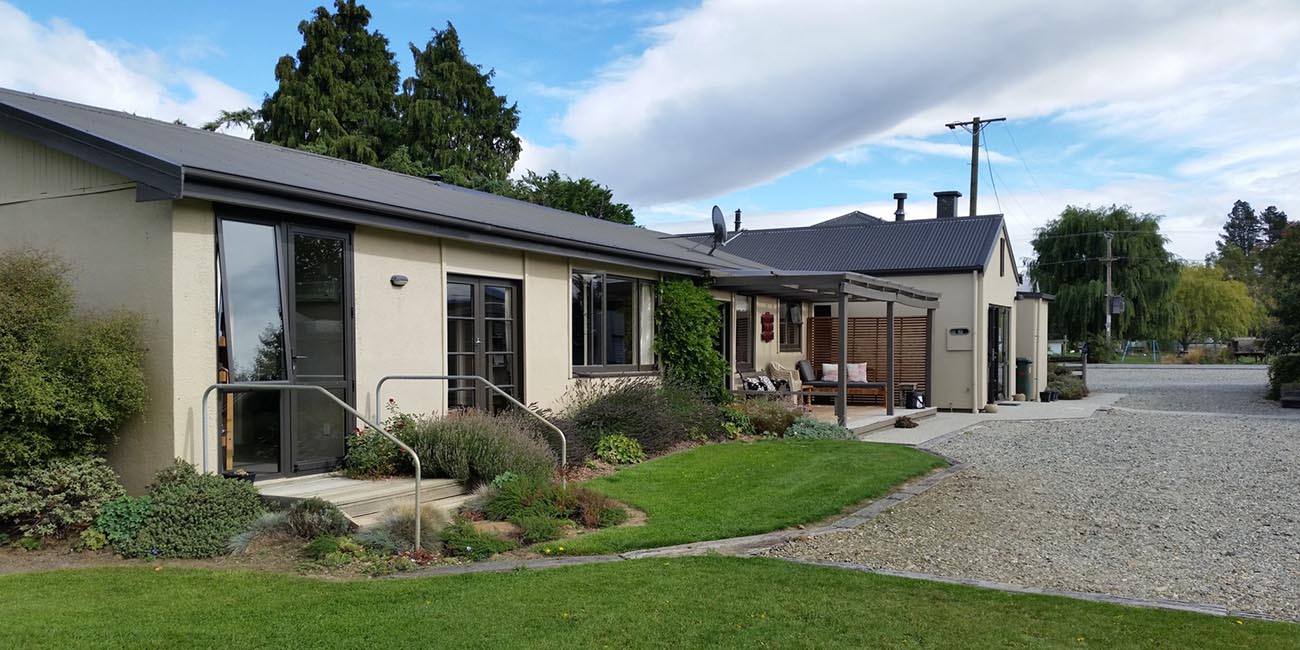 Warm, friendly accommodation and great hospitality with a range of rooms suitable for families and groups - right on the Otago Central Rail Trail and with bike hire also available.
We offer a choice of rooms including bunks, King, Queen or Twin bedrooms, as well as a self-contained apartment.  Perfect for families, the apartment adjoins the main house and
has been renovated from the Old Lauder Store into fully modern and self-contained accommodation with plenty of character – it features historically significant exposed 1900's mud brick walls in a modern and luxurious setting.
There are two bedrooms, a kitchenette, dining area and lounge, plus a private outdoors area. Continental breakfast included. Large shared outdoor area with beautiful rustic country gardens, playground area, and luxury outdoor spa pool.

The Lauder Store was built in the early 1900’s and served the local district until 1995 when it closed. The Old Store has been renovated into a modern fully self contained two bedroom apartment. The plaster in areas of the store has been removed to expose the original 1900's sun-dried mud brick walls. You're looking at them right now as they are featured in the background of this page! Mud brick, made from mud and water, was used for building in Central Otago in the early 1900's because of the lack of timber in the area. Mud brick retains warmth in winter and has a cooling effect in summer. These beautiful and historic walls have now been sealed for protection. The small exterior room to the side of the store was the local butcher shop, where the concrete butcher's bench can still be found. The most recent owners of the operational Lauder Store were the late Mr & Mrs Bill Harley. The Harley family kindly donated the original Lauder Store docket that you'll find framed in Reception.The Otago Central Rail Trail Once the route of a bustling railway line, the Rail Trail is a 150km gravel path for walkers, cyclists and horse riders. It's gentle gradient has no steep hills, and takes 3-5 days to complete starting in either direction. The many friendly small towns along the way offer good food and accommodation. Make sure to spend a night with us in Lauder on your travels!

This is New Zealand’s first Rail Trail and it will take you across old wooden trestle bridges and viaducts, past schist rock, parched hills, tussock grasses, awesome gorge scenery and spectacular mountains, through farmlands and tunnels to historic landmarks, goldfields and pioneer settlements.
Lauder is the perfect spot from which to set out on half day or day rides on the Rail Trail. Within only 7km of Lauder you'll experience some of the most spectacular and historical aspects of the trail.