Welcome to Nelson and Golden Bay 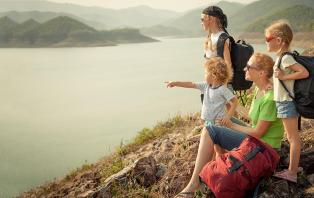 The happening city at the top of New Zealand’s South Island, with a population of approx 46,000.  Located on the coast by the beautiful Tahunanui beach, Nelson is home to a vibrant arts and crafts community (there are more than 500 working artists in galleries and studios in the area).  Families can enjoy the relaxed lifestyle, safe swimming at the beach as well as a fun park adjacent to the beach which has waterslides and bumpa boats plus a nature park. Tip: Rabbit Island is a favourite picnic/day trip with the locals and offers long sandy beaches, BBQ facilities and great opportunities for games of hide and seek!

There are also plenty of cafés, restaurants, gardens, museums and galleries, and Founders Historic Park which is a ‘living’ museum offering a fascinating insight into the way we used to live (there’s also an adventure playground, café and a decommissioned DC10 on site).   Nelson is a happening city year round – don’t miss the huge and colourful Saturday morning markets and look out for the year-round events and festivals.  Many of these are in the summer months and include great free family entertainment.

Snippet of history:  The Maori name for Nelson is Whakatu, meaning ‘Peaceful Haven’.  Nelson received its European name in honour of the 1st Viscount Nelson and Admiral of the fleet that defeated both the French and Spanish fleets at the Battle of Trafalgar in 1805. Many of the roads and public areas around the city are named after people and ships associated with that battle. Trafalgar Street is the main city street.

A Maori name, meaning ‘Island of bush and weka’   The township is a vibrant, friendly and cosmopolitan town on the western side of the Tasman Bay and just 20 minutes drive to the Abel Tasman national park.  Motueka is the 3rd largest town in the Nelson Province with a population of 7593.

One of New Zealand’s most loved national parks, Abel Tasman follows miles of stunning coastline, and climbs up inland through dense bush and stunning ridge lines, encompassing the spectacular Harwood’s Hole (at a depth of around 200m it’s one of the world’s deepest daylight shafts in the world.)
The park is home to the popular Abel Tasman track which can be walked or kayaked along in a few days.  There are huts situated along the track, with comfortable bunks and gas provided.  The track is an easy one to organise, since water taxis abound.  You can be picked up or dropped off just about anywhere or anytime you like, either with an organised service or pre-booked ‘taxi’.  You can kayak the track, hand in your kayak and walk back, or complete just a day or half day walk, and still be picked up.

The closest communities to the track are the picturesque townships of Kaiteriteri and Marahau.  Kaiteriteri means ‘to eat quickly’ and this holiday mecca is home to some of New Zealand’s most magnificent beaches.   Marahau, meaning ‘windy garden’ is right at the track start – it’s smaller but still boasts shop, cafes and accommodation plus gorgeous beaches.
Look out for dolphins, seals and even whales if you take to the waters by kayak or water taxi.

In 1642 the Dutch navigator, Abel Tasman, anchored off Golden Bay, thinking he had found part of the legendary great southern continent which the Dutch East India Company had sent him to find. Four of his company were killed by Maori, so Tasman called the bay Murderers' Bay, but the name for this beautiful area was changed later to Golden Bay.

On the far side of Abel Tasman national park, Golden Bay is one of New Zealand’s most peaceful, tucked-away treasures.   The winding Takeka Hill, distinctive Farewell Spit (35km long sand spit), the clear waters of Waikoropupu Springs (Pupu Springs for short!) and Harwood’s Hole are just some of the unique attractions of Golden Bay.  Add to these the incredible golden sands, bird song, abundant sea life, and most of all, few people and you’ll see why this ‘off the beaten track’ corner of the globe is special indeed.

The Nelson Lakes National Park is well worth a visit, just an hour’s drive from Nelson and Blenheim.  Home to the glacier-carved Lake Rotoiti and Lake Rotoroa, the Nelson Lakes National Park offers stunning alpine scenery, as well as fantastic hiking, walking and boating.   A highlight for the kids is the Buller Gorge Swing Bridge.  It’s the world’s longest swing bridge (110m long) and its narrow, wooden planks swing dizzily around 18m (60ft) above the mighty Buller River.  Crossing is a must, but if you’re scared of heights, don’t look down!  Other on-site activities include the Comet Line – great for kids and they can do it alone or tandem.  It’s a 160m line that you are harnessed to in order to be whizzed over the gorge at speed.  Also available are goldpanning and guided walks.  You can also choose to explore the river via raft (Grade 3 or 4) or jetboat.  The latter, and wetter activities are organised by Buller Adventure Tours, based in Westport. 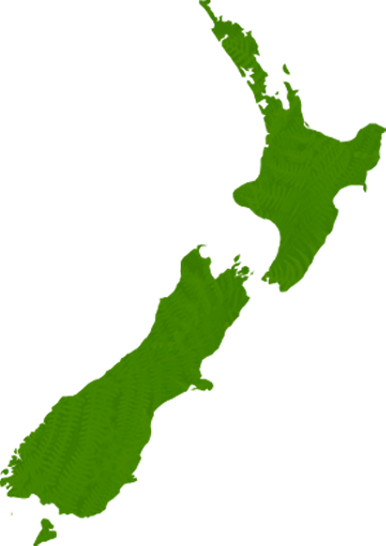 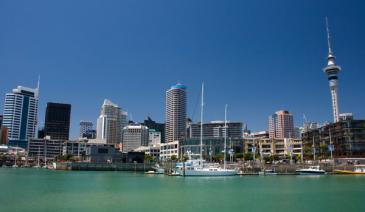 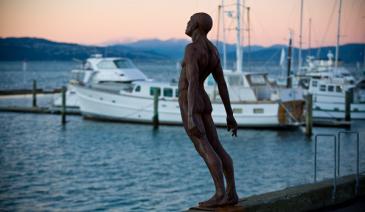 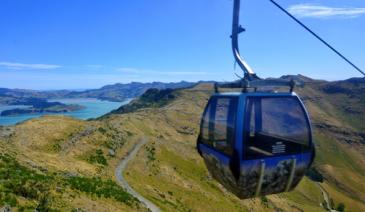 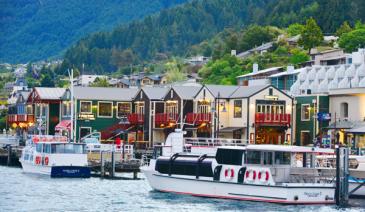 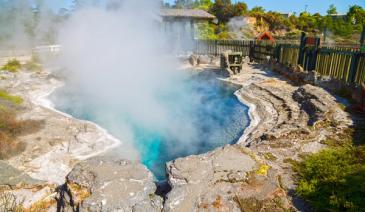 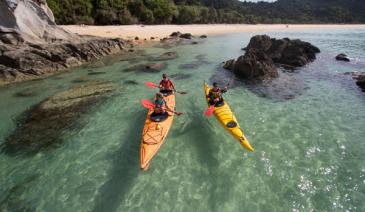 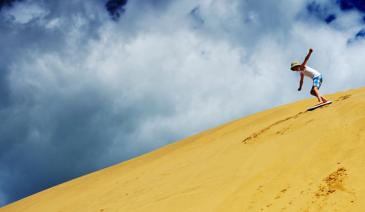