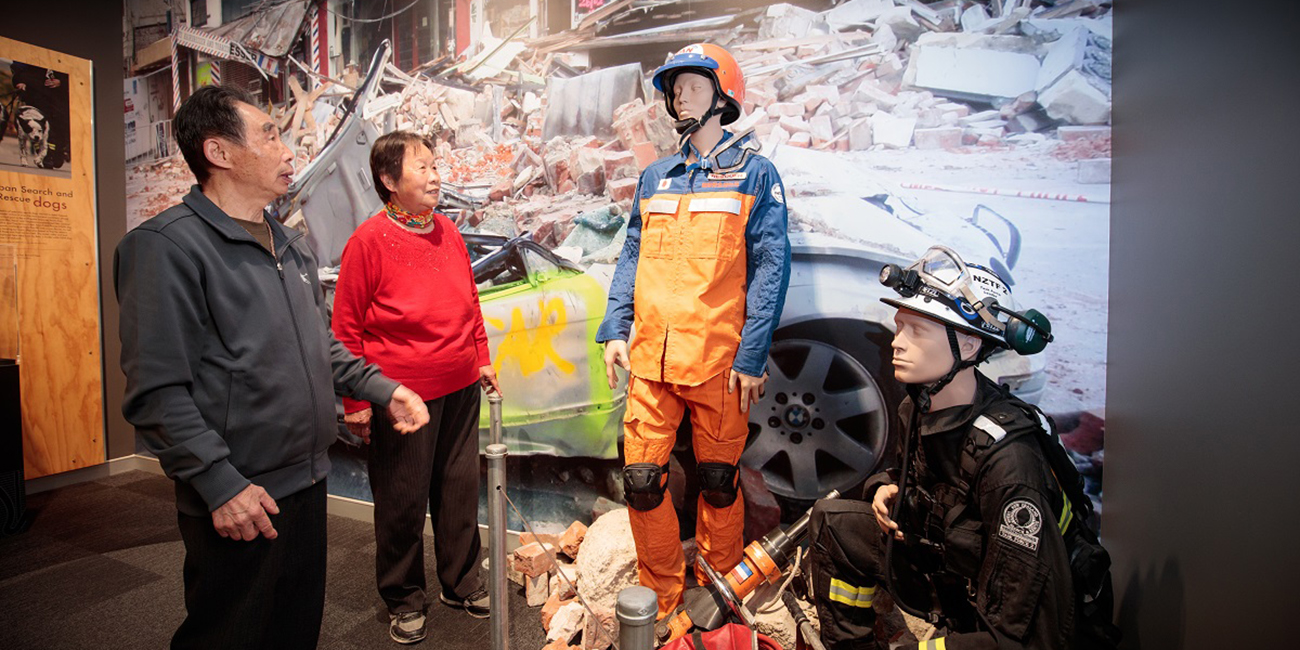 Quake City explains the science of liquefaction – when the shaking liquefied the ground and it bubbled up burying streets and sinking buildings.

The exhibition charts the aftermaths of the 4 September 2010 and 22 February 2011 earthquakes and the extraordinary response of the emergency services.

Quake City tells stories of heroism, hope and loss from the Canterbury earthquakes. It explains the science and the phenomenon of liquefaction – when the shaking liquefied the ground and it bubbled up burying streets and sinking buildings.  As well there are lots of hands-on activities for all age groups, making this an absorbing family outing.

The exhibition charts the aftermaths of the 4 September 2010 and 22 February 2011 earthquakes and the extraordinary response of the emergency services, international rescue teams, the thousands of volunteers who pitched in to help – construction workers, the Student Volunteer Army, the Farmy Army – and the incredible resilience of Canterbury’s communities.

Quake City includes some of the objects which have defined the Canterbury earthquakes including the spire of ChristChurch Cathedral and the railway station clocks which stopped during the earthquakes.

There's something to interest all age groups at Quake City. Children can design buildings with LEGO, experiment with a liquefaction sandpit or solve the puzzle of our activity trail.